Skip to content (Press Enter)
HomeBusinessDigital Sisters in Atlanta You Are Invited!

Have you ever celebrated Digital Sisterhood Wednesday?

Drop by the Digital Sisterhood Meet Up: Cocktails & Conversation on Creativity and meet Digital Sisterhood Network founder Ananda Leeke on April 9, 2014 from 7:00 p.m. to 9:00 p.m. at Proof and Provision at the Georgian Terrace Hotel, 659 Peachtree Street, NE, Atlanta, Georgia.

Please click the picture to register for the event.

Come ready to chat with Ananda about creativity and her new book, Digital Sisterhood: A Memoir of Fierce Living Online. She’ll have copies of the book for sale ($23.95 – credit card via Square or PayPal and cash accepted). Be sure to read the Digital Sisterhood Network blog for clues that can help you win a special prize (3 prizes will be awarded)

The best way to describe Ananda Kiamsha Madelyn Leeke is with a six-word memoir. Yoga + Creativity + Internet Geek = Ananda Leeke. Leeke is a lawyer turned “Jill of many trades:” innerpreneur, author, artist, coach, and yoga teacher. Her mission is “Empowering U2BU through creativity coaching, Reiki, self-care, social media, volunteerism, and yoga.” Since 2005, she has used her blogs to express her mission, advocate for social good, build community, share information, promote her books and events, and market her services. Currently, she serves as a blogger ambassador for AARP, Everywhere Society, Macy’s Heart of Haiti Campaign, and Maiden Nation.

In 2010, her passion for women’s issues, building community, and the Internet inspired her to create the Digital Sisterhood Network, a media channel that celebrates women in social media and technology through leadership, lifestyle, and living well initiatives. She is a frequent speaker at conferences sponsored by Blogalicious, BlogHer, Howard University, Ignite DC, and Spelman College. Black Enterprise named her as one of the Black Women in Tech You Should Follow on Twitter in 2011. The Hot Mommas Project, a women’s leadership research venture housed at the George Washington University School of Business, selected her as an author for its 2012-2013 case study library.

In 2014, she was selected as a social media leader to develop and curate content, utilize the content to engage online communities, and live tweet at the White House Social for the State of the Union and French Arrival Ceremony for the French President Francois Hollande, and the U.S. Department of State’s Meetup for the International Women of Courage Award Ceremony. As a result of these experiences, she launched the Digital Citizenship Project to encourage and inspire Americans to become actively engaged as digital citizens.

For more than 20 years, Leeke has been actively pursuing her career as an author and artist. Through her poetry chap books and participation in the Washington, D.C. arts movement, her poetry appeared in Beyond the Frontier: African American Poetry for the 21st Century (2002). She penned Love’s Troubadours – Karma: Book One, a novel (2007), That Which Awakens Me: A Creative Woman’s Poetic Memoir of Self-Discovery (2009), and Digital Sisterhood: A Memoir of Fierce Living Online (2013). Her six-word memoir was published in It All Changed in an Instant: More Six-Word Memoirs by Writers Famous & Obscure (2010).

Her mixed media collages, wire sculptures, and paintings have been exhibited in the Washington D.C. metropolitan area, New York City, North Carolina, and Kentucky. Her artwork was featured in Heart and Soul in 2001 and often reflects her passion for issues affecting people of color and women. In 2002, she created and donated “Our Womanist Spirit” and “I am my sista’s keeper wire” sculpture collections to The Women’s Collective, an HIV/AIDS direct services organization. She has worked as an artist-in-residence for Smith Center for Healing and the Arts at Howard University Hospital (2003-2009), and is currently serving wounded warriors at the Walter Reed National Military Medical Center.

Morgan State University, Howard University School of Law, and Georgetown University Law Center are her alma maters. While at Morgan, she joined Sigma Gamma Rho Sorority, Inc. She is also a member of All Souls Unitarian Church, Insight Meditation Community of Washington’s People of Color Sangha, National League of American Pen Women, and Yoga Alliance. She lives in Washington, D.C. To learn more about her, visit www.anandaleeke.com. 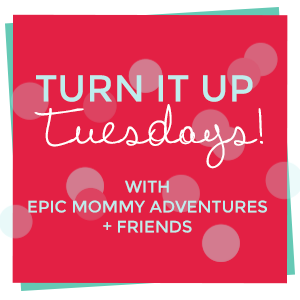