Skip to Content
Home The Latest Business An Aviation Day Celebration!
by 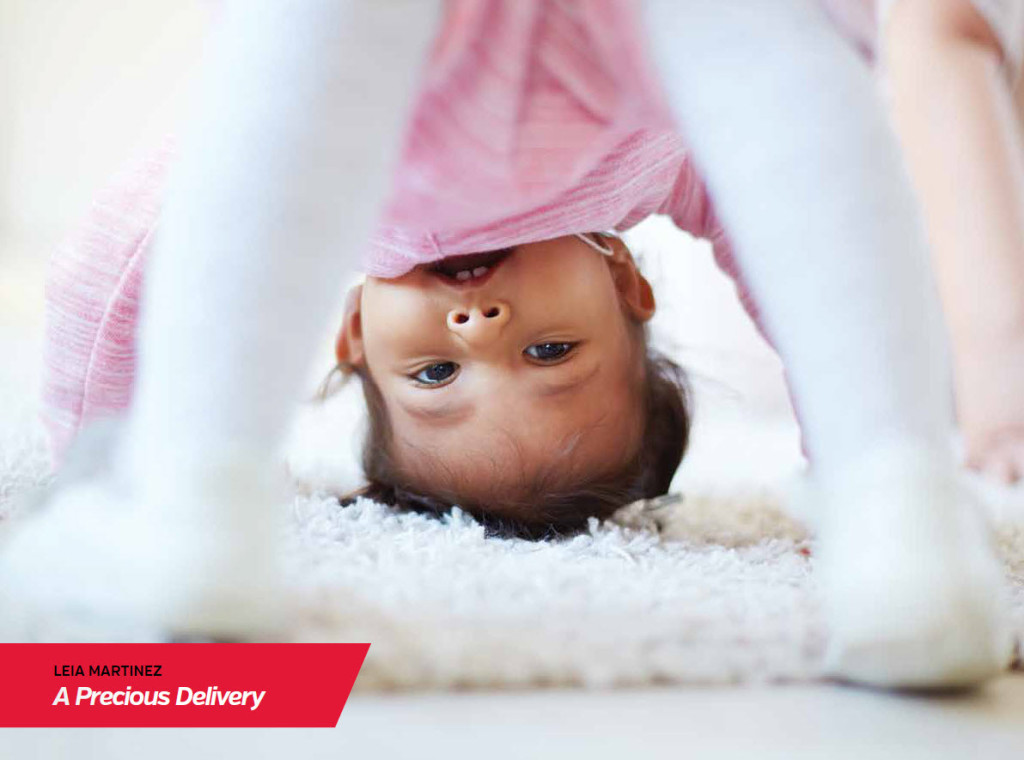 National Aviation Day:
A Day to Celebrate the Medical Miracles that Occur in the Air Everyday

By Blair Beggan, Director of Communications, The Association of Air Medical Services

National Aviation Day, August 19th, is observed annually in the United States to celebrate the history and development of aviation. It also happens to coincide with the birthday of Orville Wright who, together with his brother Wilbur, made significant contributions to powered flight. Aviation certainly has come a long way in the last century, and you don’t have to work in the field of aviation to celebrate! For the members of the Association of Air Medical Services, this holiday honors all the flight doctors, flight nurses, flight paramedics and patients who have become part of our air medical family over the years. Today, we are happy to share with you the story of Leia Isabella Martinez, a little girl who will help all of us to remember that miracles do happen.

When Raquel Martinez first became pregnant with her daughter Leia, she never could imagine the birth would turn out the way it did. The name Leia means “delicate daughter of the heavens”, and this poetic description fits her to a T.

With a due date in April, Raquel worked her 60-hour-a-week restaurant management job. But in February, occasional contractions prompted a doctor’s order for full bed rest. In mid-March, Raquel had her last doctor’s appointment where she found out that she had developed gestational diabetes. The next night, Raquel was planning to spend at her grandma’s, but during the day she realized something was happening. It turned out Leia had decided to arrive earlier than planned.

Leia’s delivery was not easy. She came via induced labor. The delivery progressed, but very, very slowly. The doctor tried suctioning the baby out twice to no avail. “Finally I was able to push her head out,” Raquel said, “and then everyone started panicking.” Multiple medical staff climbed onto the bed and put pressure on Raquel’s abdomen. “They said they had to get the baby out right away. It was hard to breathe, and I felt like I was going to faint.”

The doctors informed Raquel that Leia was nearly stillborn and in extremely critical condition. She required a ventilator and was having seizures. Doctors said that if she did survive, she might have seizures for the rest of her life. In addition, her left arm was broken, and she had a brachial plexus injury on her right side. Val Verde didn’t have a NICU (neonatal intensive care unit), so Leia was flown as soon as possible to Methodist Children’s Hospital in San Antonio.

Methodist Air Care arrived quickly for the transport. This is a specialty team, with Methodist AirCare providing the pilot and safety office, and Methodist Healthcare providing the nurse and respiratory therapist. The specially-equipped helicopter was piloted by Bill Soeth, with Flight Nurse Jessica Schroder on board acting as Safety Officer. Completing the team were two of Methodist Children’s neonatal staff: Registered Nurse Mildred Moczygemba and Respiratory Therapist Ali Soujoudi.

Raquel and Beto were given a few minutes with their daughter prior to transport. Though it was a traumatic situation to have their newborn taken away so soon after birth, they were just grateful that she was alive and that she would soon receive the critical care she needed.

Mildred shared what she remembered most about meeting Raquel. “They brought her in a wheelchair. I told her about the transport and the whole process, and I also gave her a warning that her baby was gravely ill. She looked me straight in the eyes and said, ‘I know that you will do the very best that you can for her.’ I’ll never forget that.” Throughout the flight, the crew worked tirelessly to take care of Leia and make sure she was OK.

Thankfully, soon thereafter the flight arrived, Leia made huge progress: she no longer needed the ventilator. Raquel shared that Leia’s flight team continued to offer support. “They really cared about her progress. They would check on her, and then they would visit me and tell me how well she was doing. I know they didn’t have to do this, but they did. It meant so much to me.”

So this National Aviation Day, let’s give thanks to miracles like Leia and the men and women who help save lives everyday on air medical flight crews.