Let’s face it every city has a homeless population and homeless challenge no matter how big or small but baby (in my New Orleans tone) Atlanta’s homeless population has exploded and the city of Atlanta is in BIG time denial! Yes, exploded and either EVERYONE is turning their head and/or Atlanta has no solutions. We have overflowing shelters, parks and everything at all times regardless of the weather. Tent cities. People living in hotels. People living in cars. People living in abandon buildings. People living with strangers. People sleeping in their storage units. People faking illness for some relief from the streets by going to emergency rooms. People committing minor crimes for three hots and a cot. People living in every nook and cranny on the streets and so much more! Mothers unable to find shelter because they have a school age male child between the ages of five and eighteen. Men, women, runaways, mothers with young children and the list goes on and on and on. From downtown Atlanta to the top of Midtown becomes a homeless route at night. The Civic Center Marta station is a hub of safety for the homeless from 11pm till sunrise because it is the best lite Marta Station and has constant activity because of the Mega Bus. IKEA’s free Monday breakfast is the homeless population dream. Dunkin Doughnuts and Starbucks are their bathroom, shower and place of warmth. Every gender, nationality, educational level and family background is among this population. Do they all “look homeless”? No they do not. Many of them look just like you and no they are not all criminals or drug addicts or mentally challenged. Again, Atlanta’s homeless population has exploded and your jaw would fall open at who is a part of the population. I mean some of Atlanta’s homeless are under employed, two parent families and more. Remember everyone who carries a book bag or rolling suit case does NOT attend school and are not heading to or from the airport. These are Atlanta’s homeless and WE the citizens of Atlanta need to find a permanent solution.

What are some possible solutions I have in mind?

Let’s give tax breaks to hotels which give special rates and create homeless kits with the toiletries guest did not use. Face it. They were already paid for with the previous guest(s) reservation and they are being allowed to offer it again to the next guest. What other establishment is allowed to do that? Even restaurants are made to throw out uneaten food however hotels get to keep and represent unused toiletries.

~ Let’s help them with clothes, hygiene and health matters beyond the holidays and required projects.

~ Let’s keep the homeless informed about what is REALLY available to them beyond the shelters.

~ Let’s open some of closed hotels up for the homeless at special rates just for the homeless. The $40 to $70 per night is not the rate a homeless individual needs. On the low end that is around $1,200 dollars a month and on the high end that is $2,100 a month. If they could truly afford those rates they would not be homeless.

~ Create a solution of $10 to $20 per night for 45 to 120 days which is around $450 a month to help they get grounded again. This could even be an option for the disabled so they can survive. Trust me they are bringing home $300 to $1200 a month tops and there medication is probably one third of that amount if not half.

~ Let’s turn some of the abandon properties into boarding/rooming houses with guidelines and rules. Have a hired person to monitor the house which in turn creates jobs and a sense of responsibility.

~ Let’s turn some of the foreclosed homes into affordable housing. Rent control it and do not let the rent go beyond $500 a month. $800 a month is not affordable for most people having financial challenges. If we just created a two year program solution for this we could greatly reduce the population.

Again, Atlanta’s homeless population has exploded and continues to exploded since I first wrote this article in 2014. Something needs and has to be done about it. This is NOT the last time you will hear about this from me. I am committed to writing about it until I am heard and I get results. Atlanta is constantly building new things luxury apartments, townhomes and condos that we do not even want or need yet we cannot take better care of our homeless. The West coast takes care of their homeless community. Atlanta needs to lead the East Coast in taking care of theirs. So yes, this is even a bigger problem and a heartbreaker. All these people running for Atlanta’s next Mayor should have to properly address this in their platforms. MY Atlanta used to give a damn, did not mind showing it and would come up with some solutions even if it was a temporary. Atlanta what are WE going to do about and for the homeless population of Atlanta? 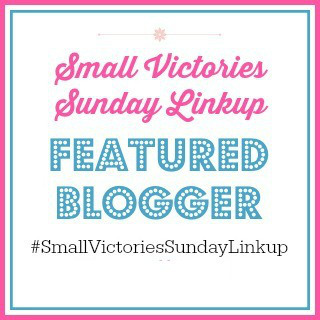